Structure of the Manuscript 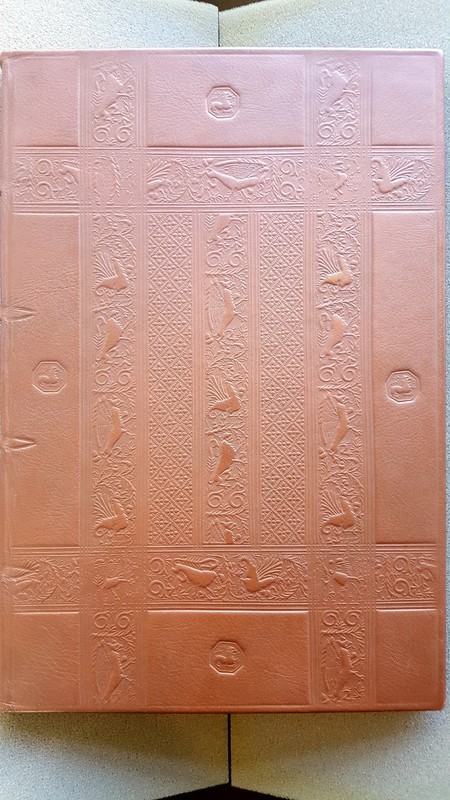 Leather binding of the Beastiarium 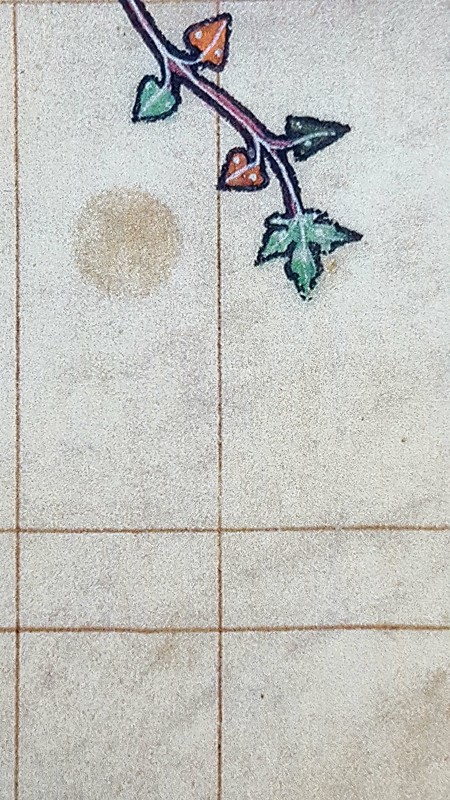 An illustration that has been smudged at some point.

A great deal of the manuscript's intent can be drawn from looking at its structure. While the initial copy of the Peterborough Bestiary had no binding, a binding from a work of similar quality which was written in the same general location and time as the Peterborough Bestiary was selected for this reproduction. This binding is fairly elaborate, with images of animals embossed into the leather. The elaborate nature of this binding from a work of similar quality makes it clear that this was an ambitious project that likely had a great deal of work put into it.

In addition, multiple margins exist on every page of the book - this allowed the scribe to keep his ornate latin writing confined and organized - again speaking to the high-end quality of the writings.

Folio 194v has an illustration that has been smudged. Given the careful nature that went into making this manuscript, it would seem unlikely that this smudge would have been created by the scribe. Instead, it seems more reasonable that someone reading the book at a later time may have caused the smudge. There are a few other examples of wear and tear present in the manuscript. This image also helps to show the general structure that the Bestiarium takes - an illustration of an animal followed by a description of the physical nature of the animal as well as some of its characteristics. These descriptions can range from two sentences to several pages in length and may be accompanied by biblical verses. The descriptions themselves are mainly from two older, very well known works in the natural philosphy world at this time, the 2nd century Physiologus and the 7th century multi-volume Etymologiae by Isidore of Seville.

Accounts of Animals →
Structure of the Manuscript