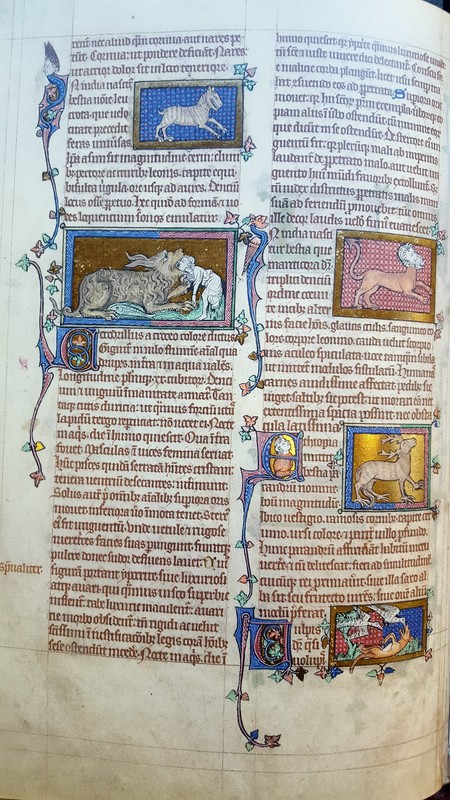 The descirption of a crocodile is sandwiched between a number of descriptions of mythical beasts. 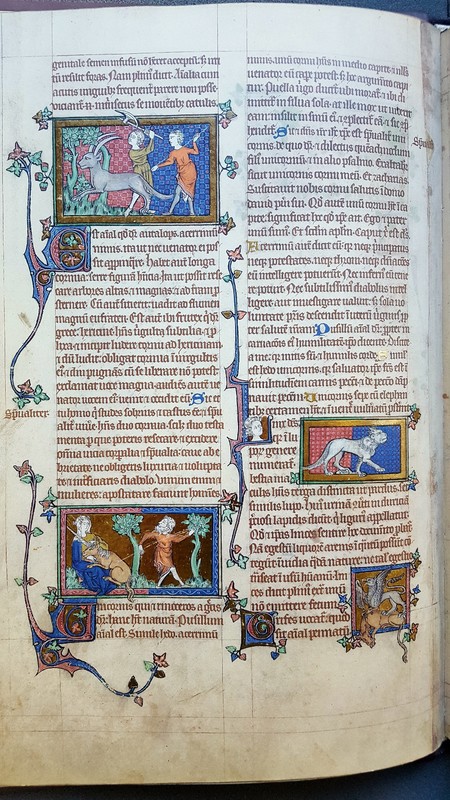 Here, the description of a lynx is sandwiched between descriptions of unicorns and griffins.

Another limit of knowledge of nature that becomes increasingly evident as one peruses through the Bestiarium is that there was a fairly large lack of understanding which creatures actually existed. The illustrations on this page represent descriptions of real and mythical creatures sandwiched between one another. The description of crocodiles is wedged amongst a number of mythological creatures, while the lynx sits between the unicorn and the griffin. This is relatively easy to understand in the context of when this was written - how can an elephant seem no less fantastical than a unicorn or a griffin? Many of these creatures are also described as coming from the outer reaches of the known world at that time, often India or Ethiopia. The limited scope of natural philosophy and of exploration at the time put a damper on truly understanding which creatures are real or not. There is no section for mythological creatures in the Bestiarium, the creaturs are simply classified as all other animals are. Many of the beasts in the first section of the manuscript are completely mythological. These images represent some of the most striking examples of this.