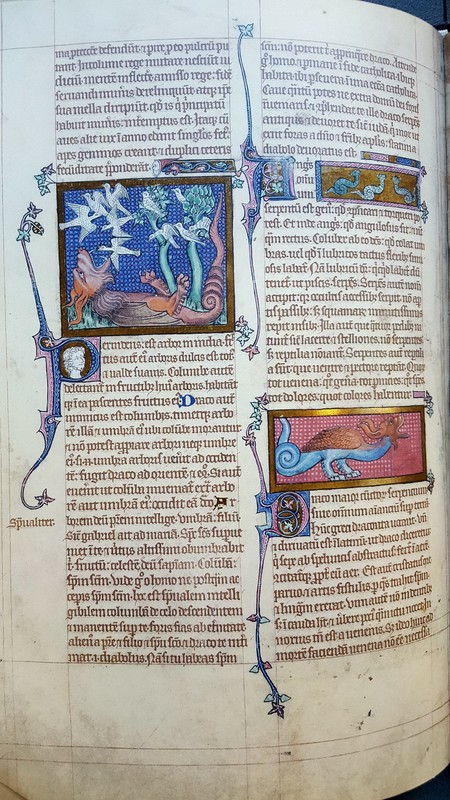 Dragons denote the start of the section on serpents, and as with all other mythological creatures, there is no real divide between real serpents and dragons. Like all real animals that are described in the Bestiarium, the method of describing dragons, as well as other mythological creatures, follows the exact same format - physical descriptions and characteristics with an interspersing of biblical references and justifications. In the case of dragons, they represent perhaps the most maligned creature in the entire manuscript, being closely paralled to the Devil because of its serpent like nature. One the other hand, the phoenix is one of the most championed animals in the entire piece because of its ability to rise from its own ashes, an ability closely tied to Jesus rising from the dead. Other mythologial creatures are scattered through the Bestiary, including creatures like unicorns, satyrs, basilisks, and sirens. 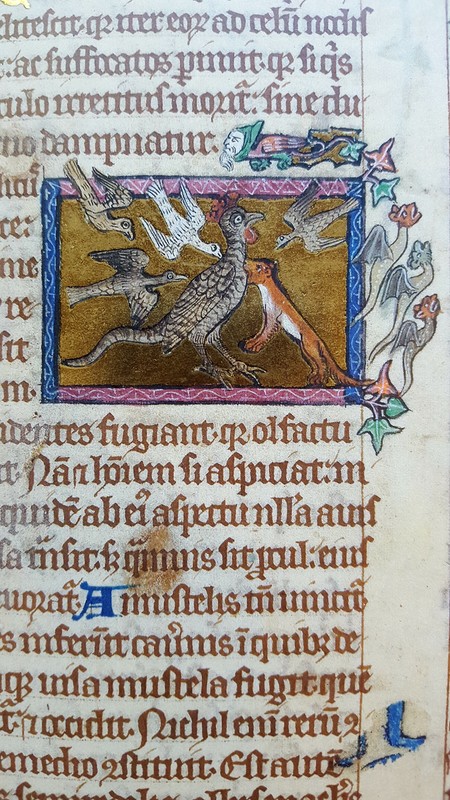 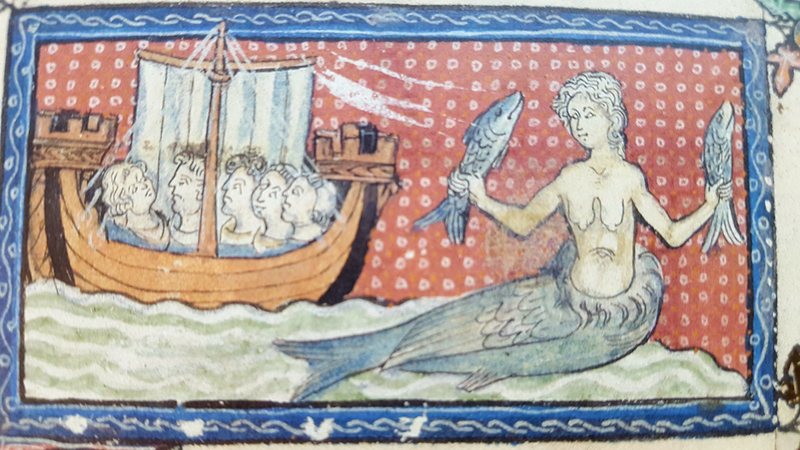 What all these mythical creatures represent, in their casual inclusion and description amongst all the real animals of the world, is the state of knowledge of physical nature at this point in history. Man at this time is able to make a wide range of assessments on creatures, but in many cases the justifications for these assessments are fantastical stories and biblical references. At this point in history, mankind has not yet developed today's empirical and observational method, and the mythological has not yet been seperated from the real in the categorizing world at this time. However, the fact that these mythological creatures cary the same spiritual passages that real animals have, the true moral importance of the Bestiary can be seen - and its wealth of knowledge on moral nature can be understood.