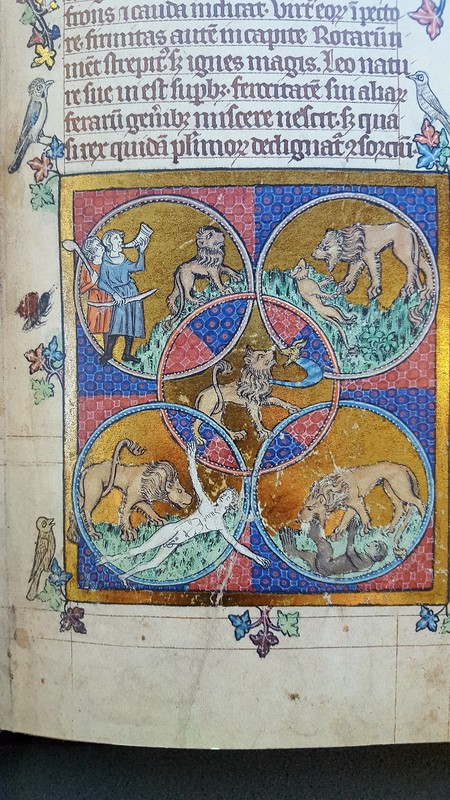 The first page serves as an introduction to the book, as well as providing a depiction and description of lions, the artwork for which is shown here. 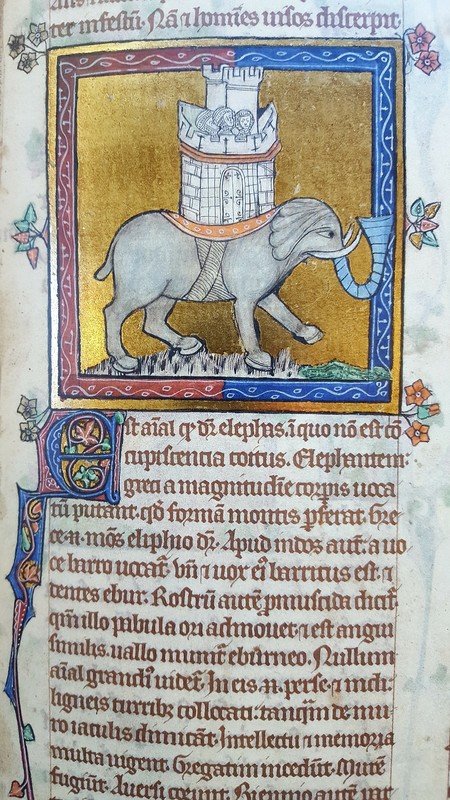 The descriptions of lions and elephants are some of the earliest to appear in the Bestiary, as the manuscript begins with descriptions of "beasts". Other beasts that are described include several great cats (tigers and leopards), large grazing mammels (antelopes and ibexes), as well as a variety of other animals (apes and bears). Many of the beasts described are accompanied with "Spiritualiters", biblical verses that seem to correlate with the actions or qualities of an animal. In the instance of lions, their cubs are described as being born "dead" before having life breathed into them by their father three days after they are born. This is compared to Jesus being dead for three days before having life breathed into him by his Father, God. These "Spiritualiters" can vary in message, from commending an animal for behaving in a certain way, to simply finding some justification for why an animal acts as it does, and even to being described as an embodiment of the devil in certain instances.

In terms of nature and knowledge, the collection of information on these beasts is certainly impressive. However, the knowledge seems to be overreached, as fantastical stories and biblical references get in the way of truly describing the natures of these beasts. 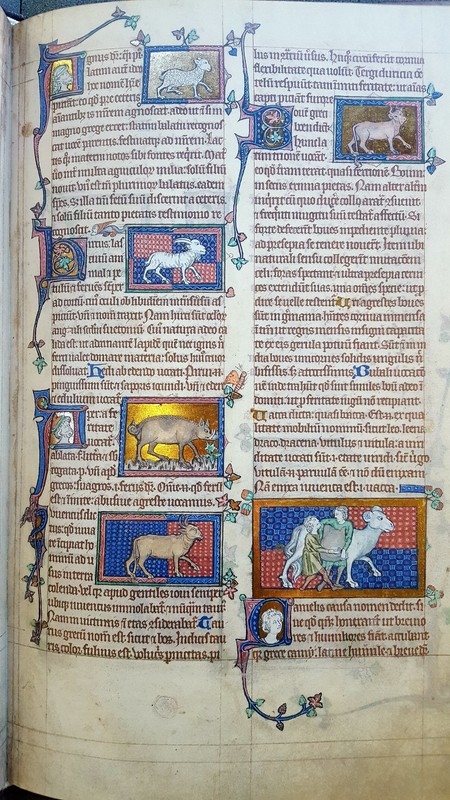 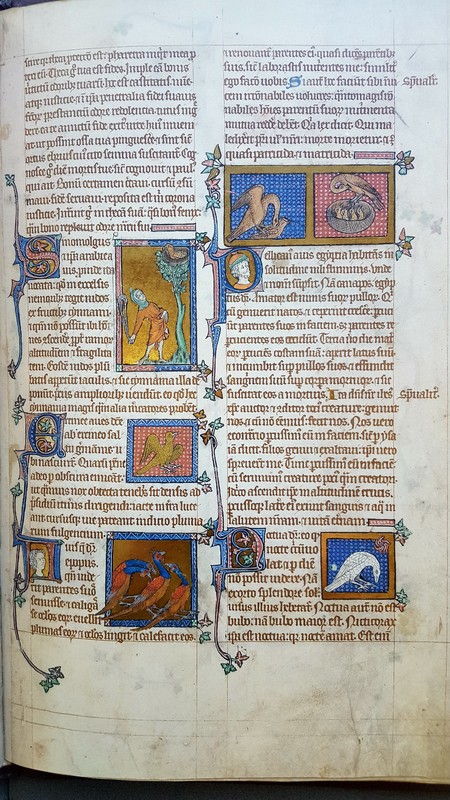 The following sections of the Bestiary are fairly well categorized, with sections on domesticated animals, small rodents, birds, serpents, and sea creatures. In the case of domestic animals, the descriptions are very muted when compared to the preceding descriptions of beasts. This is also true in the descriptions of birds and serpents as well, with only a few descriptions treading into fantastical territories. "Spiritualiters" make appearances through these sections, serving much the same purpose as above with the beasts. A wide range of spiritualiters occur throughout the Bestiary. Some notable examples include comparing pelicans to Jesus through a fantastical story of how they bleed themselves out to give life to their young, comparing owls to Jews because neither has "seen the light", in the case of Jews meaning that they have not yet embraced Christianity, to the story of eagles rejecting their offspring that cannot look directly into the sun which parallels to God rejecting those that cannot see his divine light. There is an incredibly range of metaphorical allegories created by the spiritualiters and descriptions of animals. 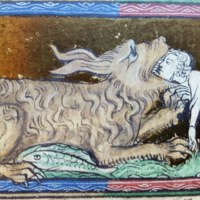 A very inaccurate depiction of a crocodile.

This illustration to the left represents one of the few complete inaccuracies in this work. This is an illustration of a crocodile. In terms of actually describing the animal, the work is not far off in getting down physical characteristics of the crocodile. However, the illustrator simply had never seen a crocodile before, and thus did not know to make it a reptile, instead depicting it as an almost cat-like beast. This image represents the limits of knowledge of physical nature in the day, with scribes doing the best to depict animals with what they had.

← Structure of the Manuscript
Mixing Reality With Fantasy →
Accounts of Animals