Fable of the Fox and the Crocodile 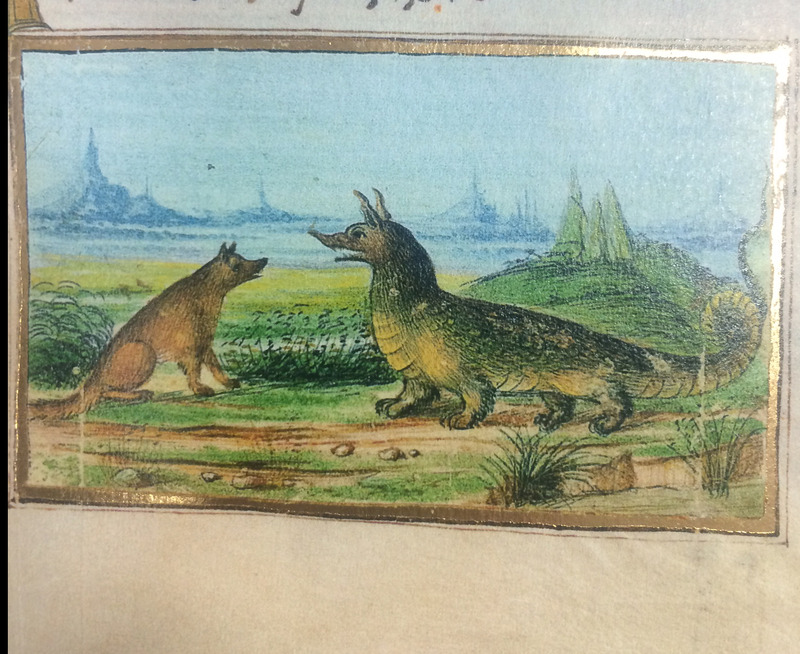 Closeup of the illumination of the fable.

This illumination is most interesting because of its slightly fanciful depiction of a crocodile.  Even though it does contain some appropriate details (i.e. scales, tail, and four legs) it still has a certain level of surrealism especially when weighed against the other depictions of animals within the codex.  This difference could potentially be because 15th century miniaturists were not as familiar with exotic animals like the crocodile as they were with animals they encountered in their daily life.

← Fable of the Wolf and the Heron
Initials, Filigree, and Floral Friezes →
Fable of the Fox and the Crocodile