Description of a Peasant born only with one leg-- Plate 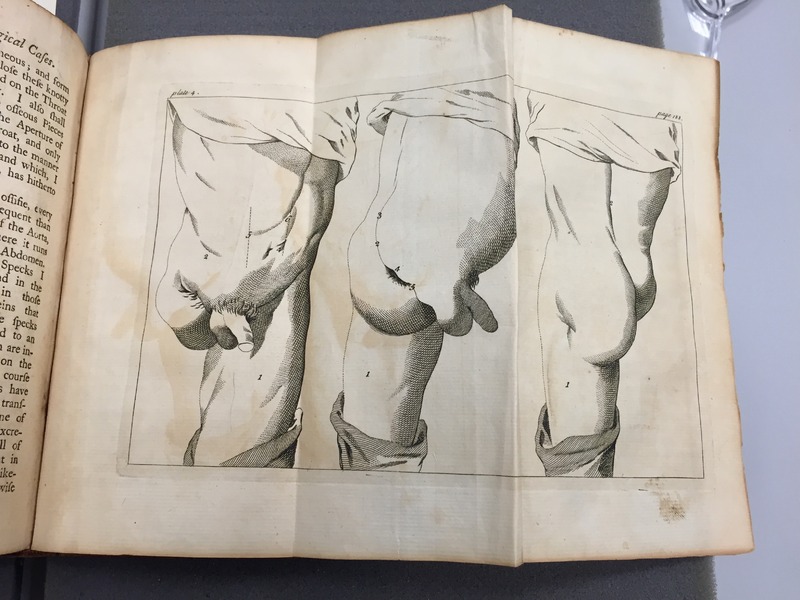 Close up of image of peasent without leg 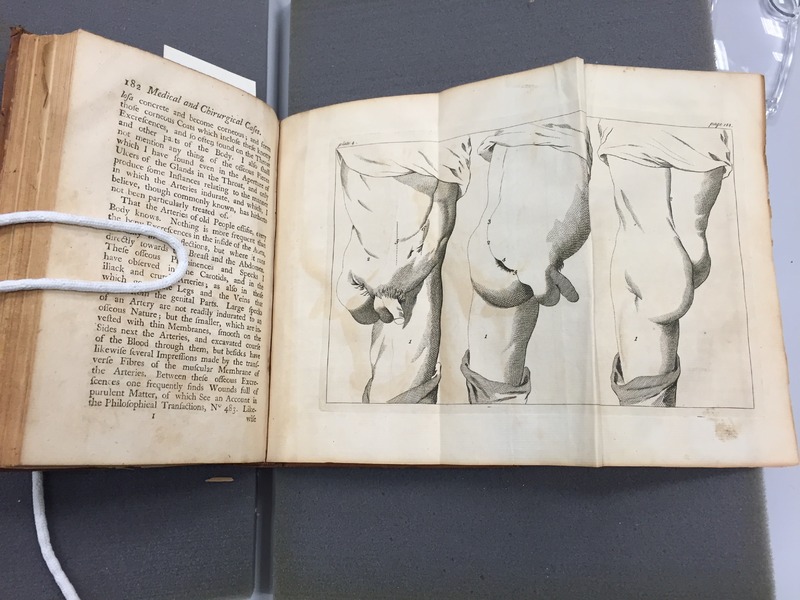 Image pulls out from text.

Copper plate 4, which accompanies Case XVII: Description of a Peasant born only with one Leg. Transmitted by Accrell is an interesting example of the generally advanced understanding of external physiology. The case surrounds a peasant of 25 years of age who was born without his leg from the hip down, but is described as thriving with the use of a crutch. The copper plate itself shows a very detailed understanding of the anatomy and physiology of the individual being described with detailed sketches of the missing hip from three different angles. It is hard to know how accurate the sketches are without any knowledge of the individual’s actual form, but they appear generally accurate for an active farming peasant of 25 years of age. The diagrams also point out specific aspects of the figure, such as the spine, marked as 3 in figure 2. This numbering system is then used to outline the specific anatomical aspects of interest, such as where the bone structure ends and joins the spine of the individual. In addition to exploring the hip of the individual, the male reproductive organs were examined and it was found, as can be seen in figure 1, that he was missing one testicle, but that the seminal vessels were larger to offset this and that he was able to reproduce. This level of detail in outlining a specific individual’s physical status shows the keen interest in anatomy and physiology present at the time.

In terms of the plate itself, the detailed image can be seen folding out from the book in the section in which the case is being discussed. The quality of the image is very good and the author designed it to be studied, so that a further understanding of this case could be gained. The foldout itself has been maintained very well and one can still see the full detail of the images.