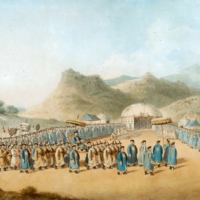 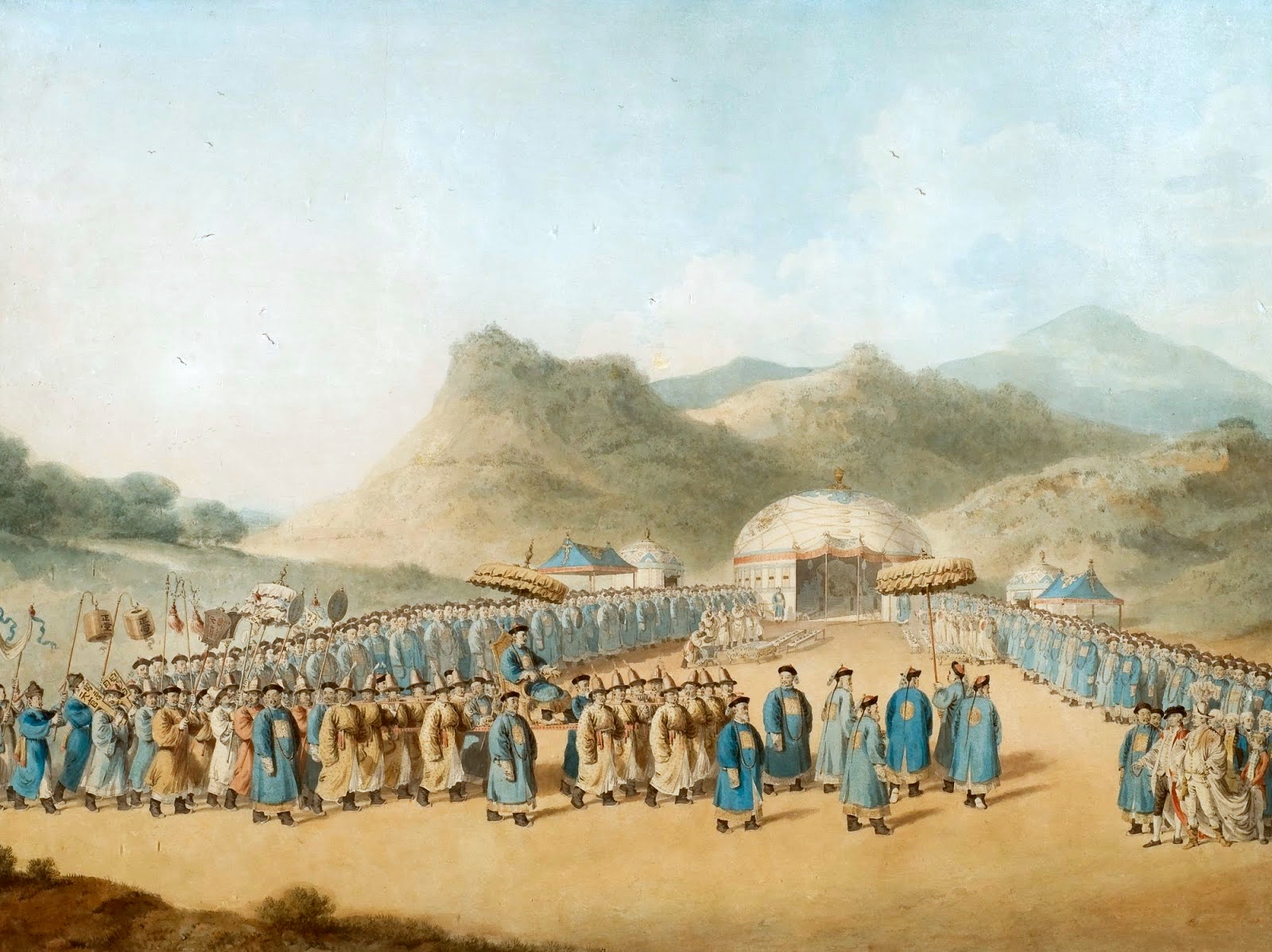 The Approach of the Emperor of China to His Tent in Tartary to Receive the British Ambassador, by William Alexander (1793). Public domain, via Wikimedia Commons.

The Macartney Embassy is distinguished as the first British attempt at East Asian diplomacy but defined by its failure. Upon the mission’s return, Sir George Leonard Staunton, first baronet, was tasked with compiling his expedition partners’ extensive journals into a cohesive work. An Authentic Account of an Embassy from the King of Great Britain to the Emperor of China is a markedly reserved telling of the British ambassadors’ travels in China. However, from a historical perspective, Staunton’s work reveals an underlying chauvinism that would provide justification for Western imperialism in China.

The nature of this exhibit is introductory and relates primarily to the bibliographic features of the Tufts Special Collections' 1799 Philadelphia edition of the book. The remainder of the analysis is devoted to Staunton's descriptions of the exchange ceremony between the Qianlong Emperor of the Qing Dynasty and the Macartney Embassy. The author of this exhibit would strongly encourage further investigation into the topic if a reader feels so inclined.